Volgren, Marcopolo company in Australia, has signed the largest bus supply contract in its history

We at Progard Plastics are extremely proud to call Volgren a client partner that we have supplied internal bus parts to for the better part of 10 years We would like to think that our supply line abilities contributed in some part to the success achieved by Volgren.

The full press release is enclosed below:

According to André Armaganijan, director of International Business and Strategy at Marcopolo SA, the agreement will involve the supply of 900 buses in up to ten years, with an option to renew after five years. All buses will be assembled at the company’s plant in Perth, Western Australia. The contract will generate Volgren revenue of approximately $ 110 million and the total $ 220 million if there is a subsequent renewal.

“This deal is in line with Marcopolo’s strategy to expand its activities around the world and is among the largest ever closed by our company, arguably the largest for the Asia-Pacific region,” said Andre Armaganijan.

The supply represents the third extension of Volgren’s contract with the PTA. All buses will be mounted with Volvo chassis. Peter Dale, the company’s chief executive, said he was enthusiastic and very proud to extend his 20-year relationship with the PTA. “Volgren started its partnership with the PTA in 1999 and provided more than 1,800 buses, always meeting the deadline, cost and high standard of quality.”

“Our partnership with Western Australia and the PTA is one of the longest and most successful in the history of Australian industry, and a partnership that has always been highly valued,” says Peter Dale.

The executive said that some of the first PTA-supplied vehicles still in operation and in excellent condition – and only now being withdrawn – give the exact notion of Volgren’s standard bus quality and engineering technology,

Dale concluded that the company’s focus on continuous improvement techniques and the Lean lean manufacturing concept gave Volgren the ability to meet such big demands. “Our ability to deliver large volumes of buses on time and within budget is already well established. The Perth operation is perfectly positioned to meet the new PTA delivery schedule and will allow for fleet growth of approximately 30%. ”

The first Volvo BR8LE prototype from Volgren is expected to be delivered in August this year. Full production will begin in October and 66 buses will be delivered to the PTA in the first twelve months.

Something a little different…

Depending on your needs product can be cut drilled or shaped to suit the purpose. So if its a small piece of acrylic (Perspex) right through to a knew window in a logging excavator you can get from Argus.

BREAKING: AUSTRALIAN BUS BODY builder Volgren is the industry’s 2018 national Supplier of the Year, it was announced today at the inaugural Australasia Bus Conference in Cairns, Queensland, held October 7-10.

The Conference is jointly hosted by the Bus Industry Confederation of Australia (BIC) and the Bus and Coach Association New Zealand (BCANZ).

Joined by a host of leading companies and individuals to win their respective categories against tough competition in each, the Awards ceremony itself was a highlight of a conference that has already proven itself a major success tenfold. 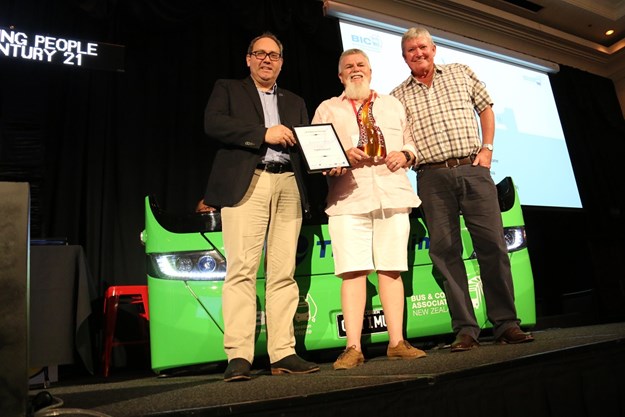 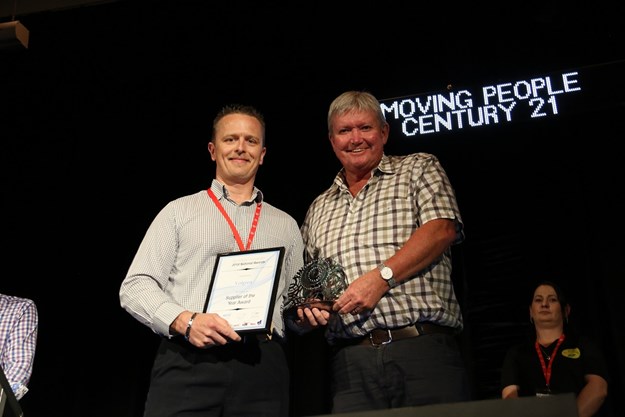 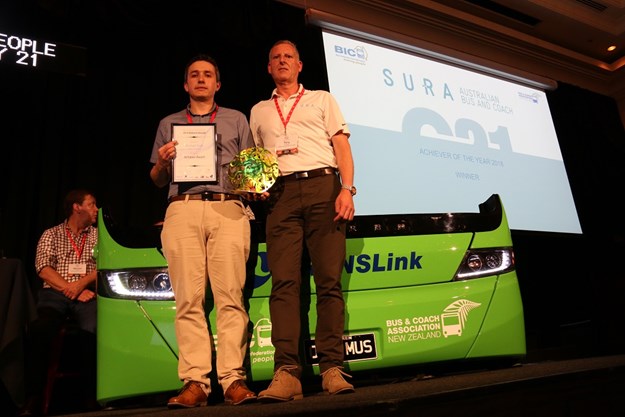 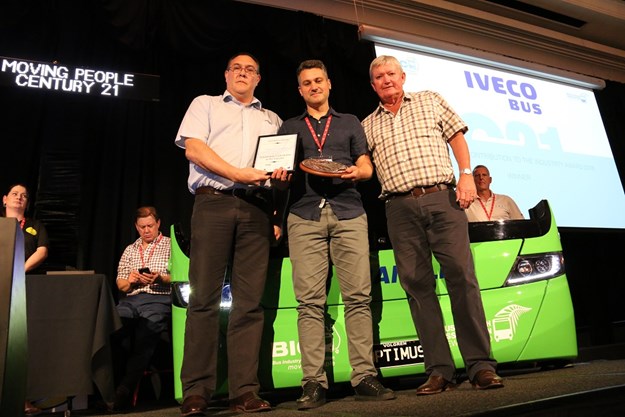 The National Awards are an opportunity to recognise and reward excellence within every facet of the Australian bus and coach industry, organisers state.

“There are many corporations in our industry that day after day, year after year, strive for excellence without compromise to deliver outstanding products and services,” says BIC.

“For the most part, corporations and individuals who do not concede to mediocre standards (near enough is good enough), do it because of their own business philosophies and personal ethics that drive high expectations and even higher deliverables and performance.”

Volgren CEO Peter Dale said on behalf of the entire company he was honoured to win Supplier of the Year at the 2018 Australasia Bus Conference in Cairns.

“To be nominated and acknowledged by operators and the wider bus industry on a national scale is a major endorsement of the work we do, our buses and the partnerships we continue to build with our customers.

“Thanks to BusNSW for the nomination and BIC for the award and their hard work to increase government investment in public transport, specifically in bus services,” Dale said.

Volgren continues to prove its ability to reliably deliver large-volume orders to the bus industry, working with all the major chassis suppliers and leading component manufacturers, it states.

“This, of course, wouldn’t be possible without the dedication of our staff in Eagle Farm, Malaga, Ingleburn and Dandenong. Without the people who work at Volgren, our company wouldn’t be what it is today.”

This year a new award was introduced – the National Safety Award – which is sponsored by the National Heavy Vehicle Regulator (NHVR).

On alternate years (2019, 2021 etc.), BIC says it will only have the NHVR National Safety Award and the SURA Achiever Award presented.

The BIC and the Bus Australia Network say they wish to, “genuinely acknowledge organisations and individuals for their dedication to setting high goals and ensuring a standard of excellence within the industry.”

AUSTRALIAN BUS BODY-MAKER Volgren has won the prestigious Supplier of the Year Award at the 2018 BusNSW Member Conference today, officiated at by The Hon. Andrew Constance, Minister for Transport & Infrastructure.

Held at the Crowne Plaza Resort in the Hunter Valley, the Awards recognise excellence in a range of disciplines throughout the NSW bus and coach industry.

Winners were as follows:

Volgren CEO Peter Dale says on behalf of the entire company he was delighted and humbled to win Supplier of the Year.
“To be nominated and acknowledged by operators and the wider bus industry in NSW is a major endorsement of the work we do, our buses and the partnerships we continue to build with customers,” Dale said.

“BusNSW play a critical role in advancing the entire bus industry and I sincerely thank them and our NSW customers for their continued loyalty and support.”

Dale says that after-sales service has been a significant focus for Volgren in New South Wales and that,
“Volgren take great pride not only in the buses we build, but our after-sales service. Since opening our service and spare parts centre in Ingleburn, we now have a fleet of five service vans to meet the growing needs of NSW operators. We’ve also appointed a major account manager, John Allen, who is based in Ingleburn.”

Australia’s largest bus body manufacturer will supply 140 buses to NSW operators in the first half of 2018, plus a further 30 buses to the ACT. The company also expects strong demand from NSW bus operators in the second half of the year.

The win comes at a time when Volgren has lifted its production to an unprecedented average of 2.5 buses per day to meet strong demand in NSW, the company states.

The spike in demand from NSW operators is being brought about largely by a need to replace older vehicles with new, safer and more comfortable buses, as well as the growth of bus services, it’s claimed. The Epping-to-Chatswood rail project will also require about 120 new buses to replace trains for a seven-month period from the second half of 2018.

Dale says a company-wide focus on continuous improvement and lean manufacturing techniques has given Volgren the increased capacity to comfortably meet high-delivery demands from operators.

“In the last five years we’ve completely transformed the business by adopting smarter and more-efficient manufacturing techniques, which have helped halve the time it takes to build a bus.
We set the target of building a bus body in 500 hours, which at the time was hard for employees to conceive. But training people at all levels of the business to question process efficiency and to look for opportunities to save time or costs meant we were able to achieve the goal in just four years.”

Dale admits the 20-day build the company is now capable of is something that was barely imaginable five years ago. It was only made possible by rethinking the assembly flow process across all three of Volgren’s manufacturing facilities – in Melbourne, Brisbane and Perth.

“What we have now is a very simple system for being able to build any type of bus quickly. There are rolling Kanban trollies set up with all parts in kit format, pre-sprayed ready for assembly. Once a trolley gets used, it is re-filled, ready for the next bus. We are embracing lean manufacturing throughout our plants.
Previously a bus would be assembled and then go into the spray booth as a whole vehicle. By assembling pre-sprayed parts there is none of the usual climbing on platforms and masking processes needed to paint the vehicle. This reduces the safety risks in the workplace.”

Dale says that all parts of the build process have been refined to be ergonomically smart, have a positive workflow and increase the safety of Volgren’s workers.
“We now have the proven capability to reliably deliver large-volume orders and work with multiple chassis suppliers. We’ve lifted capacity and improved quality through removal of waste in the manufacturing process.”

Volgren is the only local bus body manufacturer with its own after-sales facility in Sydney, home to Australia’s largest public transport bus fleet, it states.

“If a bus isn’t on the road, that’s a big problem for an operator, so we’ve put a sharp emphasis on our national service network,” Dale said.

A new partnership is here

Progard Plastics formerly known as Thermotec Plastics have been a significant supplier of Polycarbonate sheet i.e. GP, UV2, AR and BR Laminates for many years.

We are widely known and well regarded in a variety of markets that range from day to day sales of PC sheet to high end projects that involve safety and security i.e. we’re prominent suppliers in specialist market segments such as ballistics, bomb blast mitigation, prisons and so on.

We’ve recently been appointed the National Australian distributor for Palram branded AR & BR products and as such we’re very keen to expand our presence in the Australian market place.

Palram is one of the leading extruders of Polycarbonate sheet products in the world today and it is a highly regarded brand and as such we are extremely proud of our association.

The firm, a leading manufacturer of thermoplastic sheet and film products, was recognised for its business growth, both in new and developing markets, through a combination of new products and new routes to market.

Recent new products include Durogloss, a high-gloss scratch resistant PMMA-ABS foil which is laminated to MDF board and used in high-end furniture applications.

“Athlone Extrusions fully appreciates that local markets need local people to grow sales.  We combine a direct sales force with offices in Ireland, the UK, The Netherlands, complimented by a network of agents and distributors.”